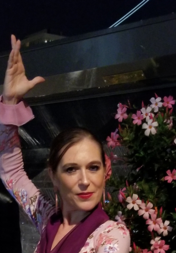 Liliana Ruiz-Flamenco Dancer -  Director.
Acclaimed performer Liliana Ruiz was raised in Mexico City in a Spanish culture-based home. She started dancing classical ballet and performing arts at the age of six. Shortly thereafter, she began Classical Spanish dance and Flamenco, and has been actively performing ever since. Her notable dancing credits include performances with Placido Domingo, Julio Iglesias and Benitez Carrasco, among others; and performances in local venues such as the Kimmel Center with Peter Nero and the Philly Pops, and the Suzanne Roberts and Wilma Theaters. Ms. Ruiz also founded the dance company Suspiro Flamenco, which has performed in festivals and celebrations throughout the Philadelphia area, and has choreographed musical plays and participated in the Philadelphia Fringe Festival on several occasions. Ruiz performs internationally with La Revancha. She danced and choreographed Carmen with The Philadelphia Virtuosi Chamber Orchestra. Choreographed and directed the play Las Estaciones del Alma. During the pandemic she hosted online - live performances such as " A Spanish Night with Suspiro Flamenco" Now, she is working on " Matices del Alma" Nuances of the Soul" .

Blane Bostock - Guitar player
World-class guitarist Blane Bostock has studied with luminaries such as Dennis Sandole, author of Guitar Lore and teacher of virtuosos John Coltrane, George Benson and Pat Martino. Over the course of his long and storied career, Mr. Bostock has performed in small groups, big bands, jazz ensembles and rock, soul, disco and country bands. He appeared as a soloist with Latin legend Johnny Pacheco at the Allentown Symphony and Annenberg Center in A Night of Latin Classics, featuring arrangements commissioned for the concert by artists such as Reuben Gonzales and Bebo Valdes. In the spring of 2018 Blane, in collaboration with Liliana Ruiz, Donna Bostock, Yajaira Paredes Productions, La Fábrica and other area performers, presented Azul: Picasso's Blue Period with Live Flamenco Music and Dance at the Uptown Knauer Performing Arts Center and other venues.

Donna Bostock - Rhythm
Donna Bostock has spent the last 24 years immersed in Afro-Caribbean culture; studying percussion and dance, while integrating that knowledge into performance and education. Ms. Bostock, currently a working freelance musician in percussion and upright bass, arranger/composer and music educator/director at The Philadelphia School and Academy of the New Church, has co-founded groups such as Ellas y Amigos, The Molly Blooms, Trickster Sister, and The Bostock Band. Donna has organized and participated in study programs in Cuba, Puerto Rico, Bolivia, Spain and Brazil in order to expand her capacity to perform and disseminate her specialization: Afro-World Rhythms and music. Her most recent creative endeavors include providing the foundation for the rhythm section on multiple instruments for Suspiro Flamenco.

Grayson Zuber - Classical Guitar player
Attended Temple's Boyer College of Music earning an MA in Theory with a classical guitar concentration. Grayson is a highly proficient guitarist who has performed at the Bryn Athyn Cathedral, with exquisitely performed Brazilian classical and other works on a regular basis for many years. Zuber hasw been part of Suspiro Flamenco for the past few yeas, performing at the Philadelphia Classical Guitar Society,  at the  Glencairn Museum and was the classical guitar and flamenco player for Las Estaciones del Alma, The Seasons of the Soul at at the Bucks County Community College by the YWCA Bucks County.

Flamenco singer, Yolanda Aguinaga, physiologist and flamenco singer. Yolanda was  born in Pontevedra Galicia, northwest of Spain. Soon after, her family moved to the south of Spain. Yolanda was raised in Jaen Andalucía, province of the birthplace of flamenco in Spain. From an early age she started learning flamenco in several studios. She grew up attending flamenco shows, seeing flamenco street gatherings and flamenco festivals.  Yolanda fell in love with the cante and the different rhythms of flamenco, ever since; she has been inspired to sing carrying an inner passion for the cante flamenco. While growing up she traveled around Europe later on, she moved to the USA. Yolanda has participated in spontaneous flamenco events, shows, peñas and has been involved with flamenco with different professional companies.  Aguinaga has been in the Philadelphia area for the past 15 years; recently she became part of Suspiro Flamenco Dance Company.

She is a graduate of Temple University, Philadelphia and the Conservatory of Music in P.R. She has received multiple awards from the city of Camden and the US senate including the Martin Luther freedom medal for her work as a teacher. She taught for the Camden, New Jersey School District for 27 years, where she directed the acclaimed Creative Arts Morgan Village Academy Concert choir, the Treble Choir, Men/Barbershop, Vocal Jazz Ensemble, and Co-directed the Show Choir.  Her choirs won multiple awards both nationally and internationally.  Under her direction, the choirs won first and second place in Italy, Prague, Puerto Rico, Ghana, Poland, Virginia, Nashville, Tennessee, New Orleans, New York and Orlando, Florida. She currently serves as Artistic Director for the Asociación de Músicos Latinos Americanos (AMLA) As a pianist, Ortiz has been a luminary in Philadelphia's Latin Music scene for the better part of two decades. She performed with the female Latin-jazz group ELLAS and even garnered four Latin Grammy nominations with Philadelphia salsa group Orquesta La Paz. Some of her compositions have been published by the Jazz Bridge Philadelphia Real Book and Hal Leonard. She is currently enrolled in the MHTP (Music for Healing and Transition Program) where she will be certified to become a music practitioner to play comfort music the patients in homes, hospitals and hospice. Suzzettes’ ultimate goal is to be an instrument that empowers all who listen which what she loves the must; music! 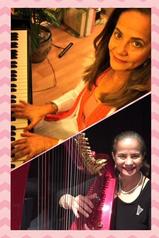 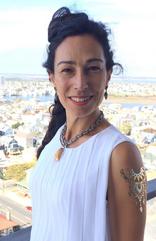